It’s actually been an entire month of melancholy for me – ever since my family got on the plane to fly back to the U.S. on February 2nd. Today marks four weeks without them. But then yesterday was my last day of work, and I said my goodbyes to a team that I was very fond of – and an employer that has treated me well. And after this weekend, I say my goodbyes to Aberdeen. These are the things on my mind as I prepare to leave.

What I Will Miss

Scotland is green year round. When the weather cooperates, it is a walker’s paradise. Not a weekend goes by that I don’t find myself climbing around the many foot paths around my area. In fact, I am planning on taking a final loop this afternoon – walking past sheep pastures and forests that look like they were plucked out of Lord of the Rings. And I was always in awe when I thought of all of the history underfoot.

The natural beauty of Scotland and the friendliness of the people are what persuaded us to move here. I captured my reflections of the people and the country in an essay documenting a vacation we took here in 2000. At the time, my wife and I said that if a job ever came up in Scotland, it would be very difficult to turn down.

Here is an example of what I am talking about. This morning, I sold my car to a dealership about 15 miles from Aberdeen. I took a bus back into town, and I was unfamiliar with the route. I asked the bus driver a question about the stops, and upon hearing my accent I immediately got 10 helpful replies from the people on the bus. They all wanted to make sure that I got to my destination, and on 3 separate occasions when someone was getting off the bus, they stopped at my seat and gave me some additional directions. When I finally got off the bus, several other people got off at the same time and an elderly woman offered to walk me to my destination. That is a classic example of my interactions with the people of Scotland – truly some of the nicest people in the world. 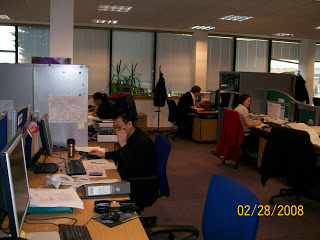 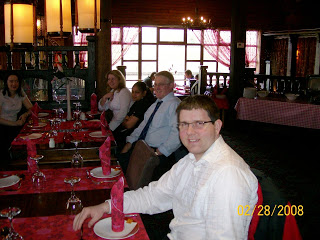 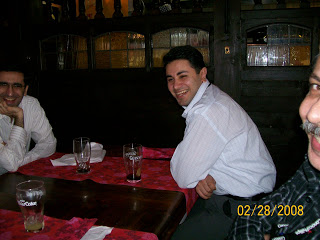 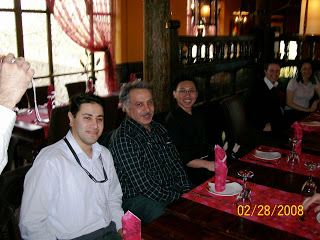 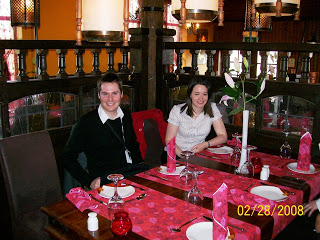 What can I say about my team? For the past year I have been surrounded by some of the finest process engineering minds I have ever encountered. I don’t exaggerate when I say that I probably learned more from them than they learned from me. I wanted to poach them all off to my new company, but I didn’t think my employer would appreciate that very much. So, I left them alone, but some day I may reach out and tap them on the shoulder.

Now, a brief word about the people I worked with, in no particular order. I am sure I am leaving some deserving people out, but hopefully nobody will take offense.

Paul – One of the nicest guys I have ever met (even if he was still getting me to approve P&IDs as I was walking out the door), and an engineer with an incredibly bright future. Also a new father. Enjoy every minute with her, Paul. It seems like only yesterday that my daughter was born, and she turns 14 next week.

Sowjanya – It’s been a pleasure watching Sowjanya develop as an engineer over the past year. She never complained – even over the tedious stuff – and always did good work. Keep in touch and I will tell you about my trip to your homeland in a couple of weeks.

Nicola – Low key, soft spoken, and capable of handling any job. Confident, without the slightest bit of cockiness. Like myself, Nicola stands at some forks in the road, and I will be interested to see which one(s) she takes.

Ghavam – Holds the record for the fastest ever time from walking in the front door on his first day to being at his desk working. I think it took about 15 minutes; I didn’t even introduce him to everyone before throwing a load of work at him. Told me that he reported to his family after that first day that his new team lead looked like Tom Cruise. My wife wonders if he needs glasses. 🙂 Also proved to me that Americans can in fact travel to Iran – even though there are travel restrictions in place.

Emad – Very competent and very persistent. Doesn’t let small details slip by. Like Ghavam, Emad has an incredible amount of diverse experience for a senior engineer, and I said on many occasions that these two senior engineers were the core of the team. They did a great job mentoring the younger engineers, and the quality of their work was greatly appreciated by the more senior engineers. Emad also showed me how much it can snow in Iran – and this was news to me.

Zairin – A bundle of energy who reminds me a lot of me early in my career. Always takes the time to form his own conclusions, and will challenge the work of those many years his senior. I value that kind of skepticism greatly.

Mark and Ghader – I didn’t know you for very long, but from what I saw the group is in good hands with you two. I had to interview these guys under false pretenses. I was looking for a “principal process engineer”, which is a very senior level guy. But what I was really looking for – but couldn’t tell anyone – was a replacement for me.

Jen – Always cheerful and smiling, no matter how many P&IDs we stacked in front of her. Performed a critical role for the group, and doesn’t get enough praise for the job she does.

Dave – Took me under his wing, and taught me the ropes of an upstream design house. Those lessons lasted right up until the end. Dave is from Shetland, and as a joke I used to tell people that’s where I was from when they detected that my accent is definitely not Scottish. I never managed to fool anyone, but I definitely caused some double-takes.

Reza – A true friend with whom I have much in common. Also a good family man, and I empathize strongly with his separation from his family. Maybe some day I will take him up on the offer to fly back home, see Tehran, and meet his family.

Phil – More knowledge than Perry’s Chemical Engineers’ Handbook. Phil is not known as “Yoda” for nothing. Would also have made a great lawyer, as he can be difficult to pin down at times.

Keith, Graham, and Neil – All taught me valuable lessons about management that I will carry with me for the rest of my career. I predict that at least one of you is headed for the pinnacle. I know you will keep the company moving forward.

What I Won’t Miss

It is a miracle that I survived driving here. The roads are very narrow and winding, incredibly dark at night (which lasts for 16 hours in the winter), and braved by bicyclists with death wishes. Several times I have come around a blind curve in dark and rainy conditions to find a bicyclist in the middle of the road. And the Scots will drive on these roads as if they are on the freeway. Almost daily I had a situation that had me bracing for impact – and I did in fact scrape up a vehicle for the first time in over 20 years. And no matter how many times I tried to encourage others to adopt the practice of driving on the right as we do in the U.S. – by doing so myself – it just never caught on.

This isn’t restricted to Scotland, but here’s an example of what I am talking about. I contacted my insurance company this week, and told them that I needed to cancel the car insurance because the car had been sold. “No problem,” I was told. But since we were only 7 months into a 12 month term, and I was going to be leaving town shortly, I called back to see what my options were for a refund. “Oh, there’s no refund,” I was told. “In fact, you owe us 26 pounds. You see, you were entitled to a 24 pound refund, but the cancellation fee is 50 pounds.” I was flabbergasted. I told him then to just forget it and let the policy run out. “Too late, I have already processed the cancellation.” So I asked why on earth he would do that when it cost more to cancel the policy than it would to just let it run out. “Because you asked me to. But don’t worry, we have applied your refund toward the 50 pounds, so you only owe us 26 pounds.” Yeah? Try collecting it.

In every place I have lived, the locals think their weather is particularly erratic. You surely know the phrase “Don’t like the weather? Just wait a few minutes.” I have heard that phrase from Oklahomans, Texans, Montanans, Kansans, New Yorkers, Virginians, Norwegians, and Germans. Well, I have been around a bit, and when Scots say it, believe it. I can recall one of my first days at work, it was nice and sunny. I thought “Shaping up to be a nice day.” Within 30 minutes it was snowing hard. 30 minutes later it was sunny again. After a bit here came the snow again.

Take this morning, for instance. I got up, looked out, and saw not a cloud in the sky. I was worried that the weather was going to be bad, because the wind had blown so hard during the night that I thought the roof was going to come off of the house. I had to take a large load of things to the recycling center, and it was bright enough that I needed my sunglasses. Ten minutes later, as I was standing outdoors shoving bottles, cans, and newspapers into the receptacles, the wind was blowing 40 miles an hour and it was raining. Twenty minutes later, I had to put the sunglasses back on. That was followed by rain, and now in the early afternoon it is sunny again (but windy). So one thing I learned here is to never set expectations that it is going to be a sunny, rainy, cold, warm day – by what it is doing at any particular moment.

That’s it. Goodbye Aberdeen. It’s been a pleasure.

10 thoughts on “A Melancholy Goodbye”