Last week the BP Statistical Review of World Energy 2022 was released, covering energy data through 2021. The Review provides a comprehensive picture of supply and demand for major energy sources on a country-level basis. It is a primary data source for numerous companies, government agencies, and non-government organizations.

Since its release, I have been analyzing the data and creating graphics. I strive to uncover nuggets of information and analyze the data in unique ways. In upcoming articles I will delve deeper into the various energy categories, but today I want to simply provide a high level overview of this year’s Review.

Energy usage and consumption statistics continue to be dominated by the impact of the Covid-19 pandemic. Energy consumption and production dramatically dropped in 2020, but since then demand has rebounded. But, supply chain constraints have impacted the ability of energy producers to respond. The result has been high energy prices. 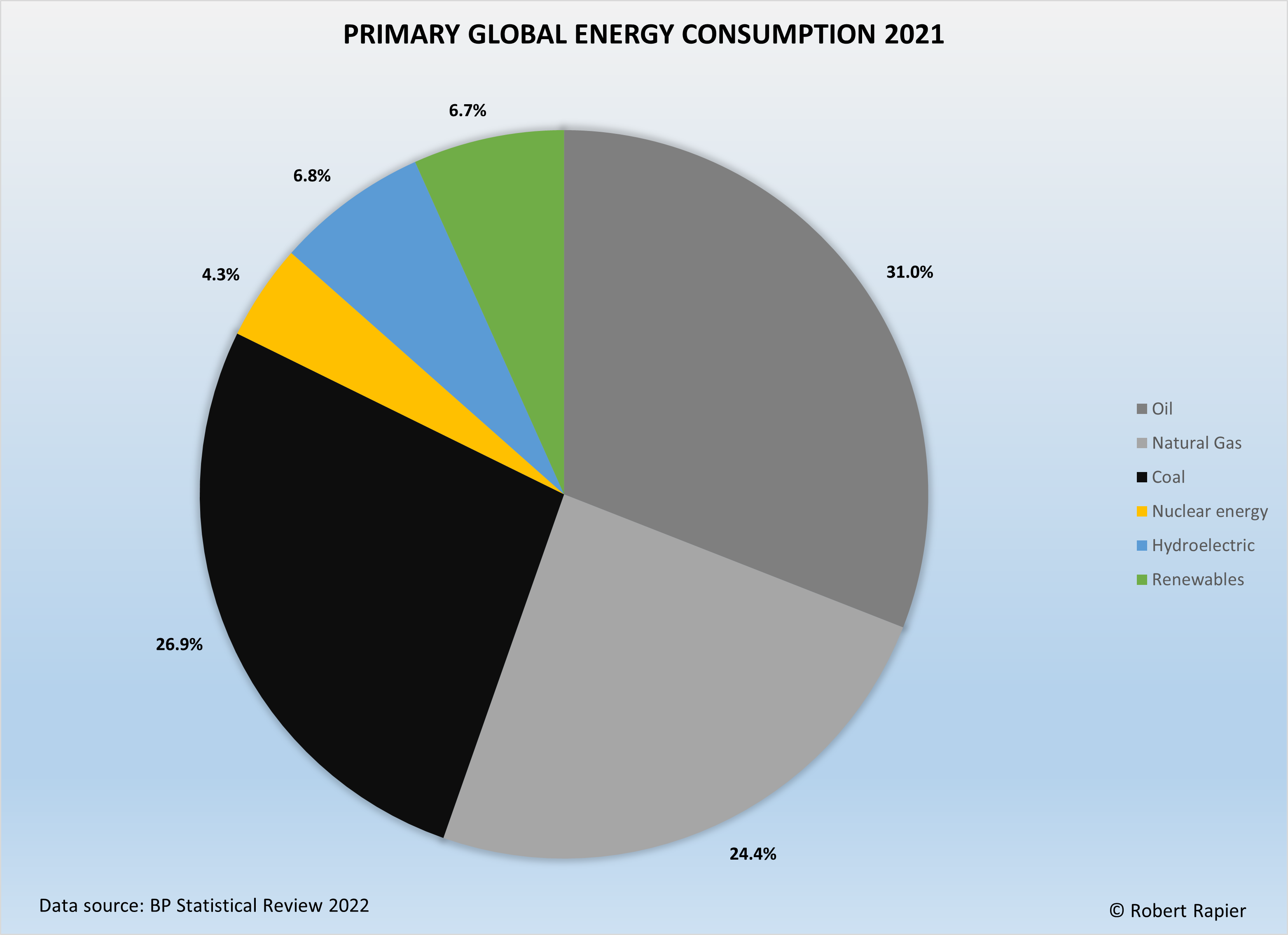 Refinery capacity declined by nearly 500,000 BPD in 2021, which was the first decline in over 30 years. This is one factor exacerbating the upward pressure on finished product prices like gasoline and diesel.

Natural gas has been the fastest-growing fossil fuel in recent years, with a global 2.2% average annual growth rate over the past decade.

In 2021, the U.S. remained the global leader in both natural gas production and consumption. The U.S. produced 23% of the world’s natural gas in 2021. Russia was in second place with a 17% global share.

China’s coal consumption in 2021 grew by 4.9% to reach a new all-time high. China remains by far the world’s largest producer and consumer of coal, with a 53.8% global share in consumption and a 50.8% share in production.

Solar electricity consumption rose by a record 1.7 exajoules (EJ) — an increase of 22% — but wind power (+2.5 EJ) provided the largest contribution to renewables growth.

Wind and solar reached a 10.2% share of power generation in 2021, which was the first time wind and solar power exceeded more than 10% of global generation.

As I said a year ago, I expected companies that produce, transport, or sell oil and natural gas should fare well for the foreseeable future. That has certainly been the case as demand came roaring back.

But I believe the growth story for wind and solar power has many years to run. As the world continues to electrify its transport systems, there will be a substantial increase in demand for electricity. Renewables will be called upon to bear an increasingly heavy load.

Supply chain issues will contain to constrain the world’s energy system for the foreseeable future, although high inflation could push the world into recession which could dramatically change that outlook.