There were many obituaries written on the energy sector. Many speculated that this would accelerate the decline and eventual extinction of conventional oil and gas producers.

What a difference a year makes.

Among the Select Sector SPDRs that divide the S&P 500 into 11 sector index funds, the energy sector was by far the best-performing sector in 2021 with a total return of 53.3%. (Note that all returns discussed here are total returns, which include the effect of dividends paid during the year). 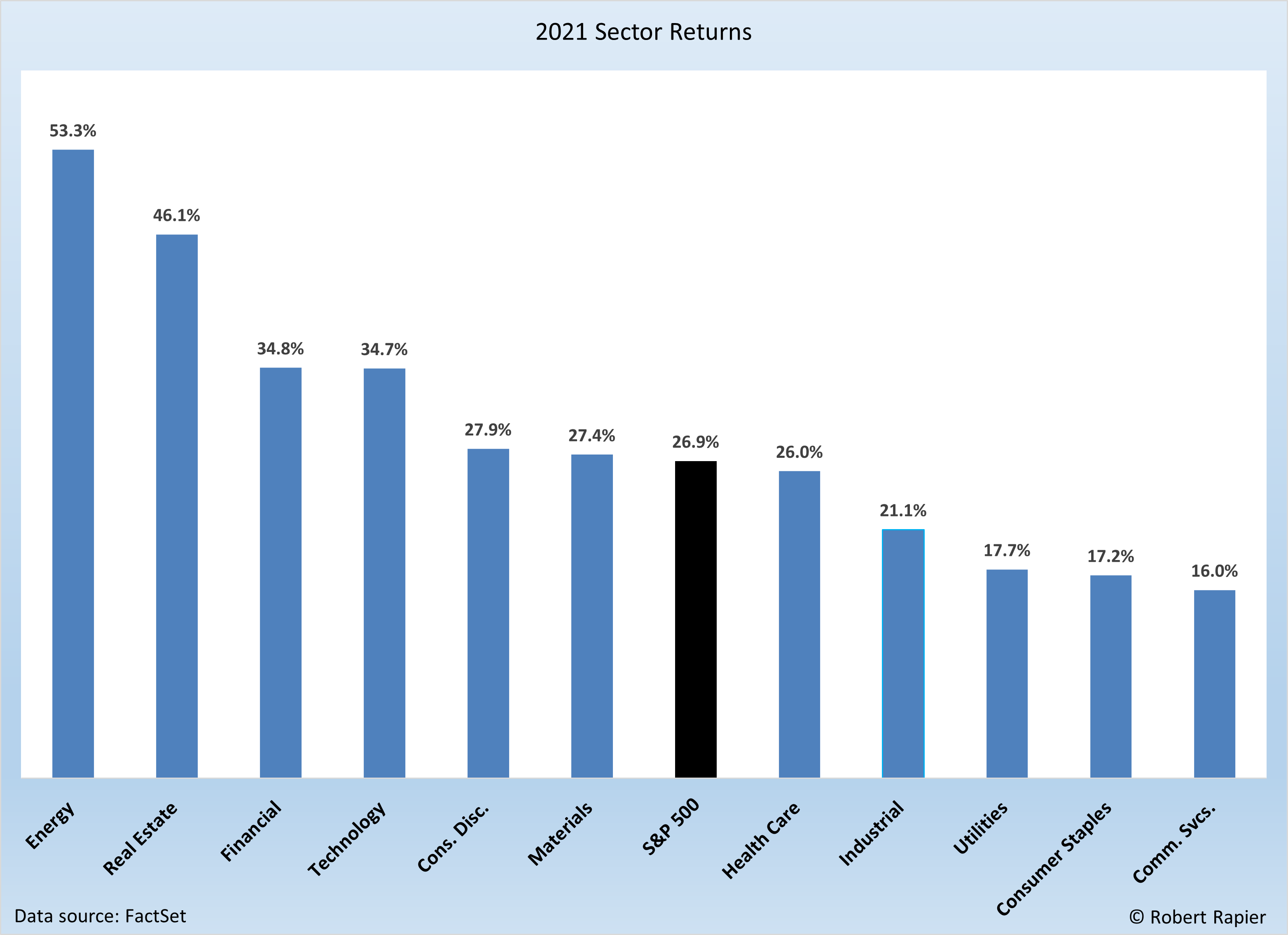 Every subsector of the energy sector outperformed the S&P 500 in 2021.

According to data provider FactSet — which I use to analyze companies — the average upstream company gained 127.4% in 2021. These are the companies that produce oil and gas. Of the 55 companies that FactSet classifies as “Upstream”, 26 had a return greater than 100% for the year.

Among the 53 companies that FactSet classifies as “midstream”, the average return was 33.9%. Best among the group was Targa Resources, which generated a total 2021 return of 100.1%.

The integrated supermajors averaged a gain of 39.7%. After underperforming the rest of the group in recent years, the best performer in 2021 was ExxonMobil with a total return of 57.9%.

The Big Three refiners — Marathon Petroleum, Valero, and Phillips 66 — gained an average of 36.6% for the year. Marathon was the best performer in the group with a gain of 61.0%.

Momentum for the energy sector is strong as the new year begins. The sector’s fate will continue to be closely tied to oil prices, but they have shown tremendous resilience above $70/bbl for most of the past year.

But as the saying goes, the cure for high oil prices is high oil prices. That price level is already resulting in additional supplies coming online, which should help curb further gains.