This is the sixth and final article in a series on the BP Statistical Review of World Energy 2020. The Review provides a comprehensive picture of supply and demand for major energy sources on a country-level basis. Previous articles covered overall energy consumption, petroleum supply and demand, natural gas, coal, and renewable energy.

Today, I want to conclude with global carbon dioxide emissions.

The previous article highlighted the explosive global growth of renewable energy. However, overall energy demand has been so great that fossil fuel consumption has also continued to grow. That means that global carbon dioxide emissions are still rising. In 2019, carbon dioxide emissions reached an all-time global high for the fourth consecutive year. 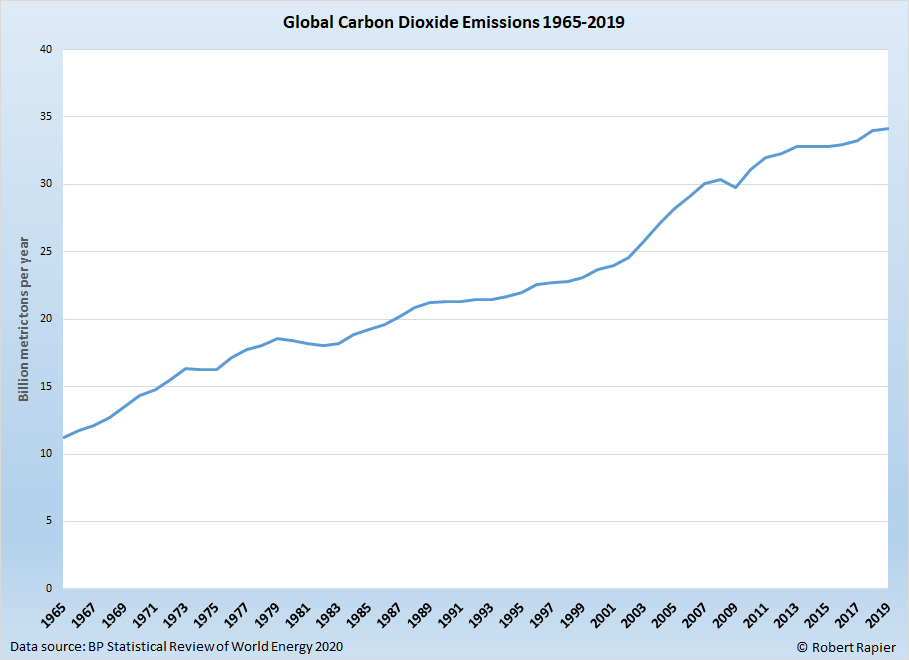 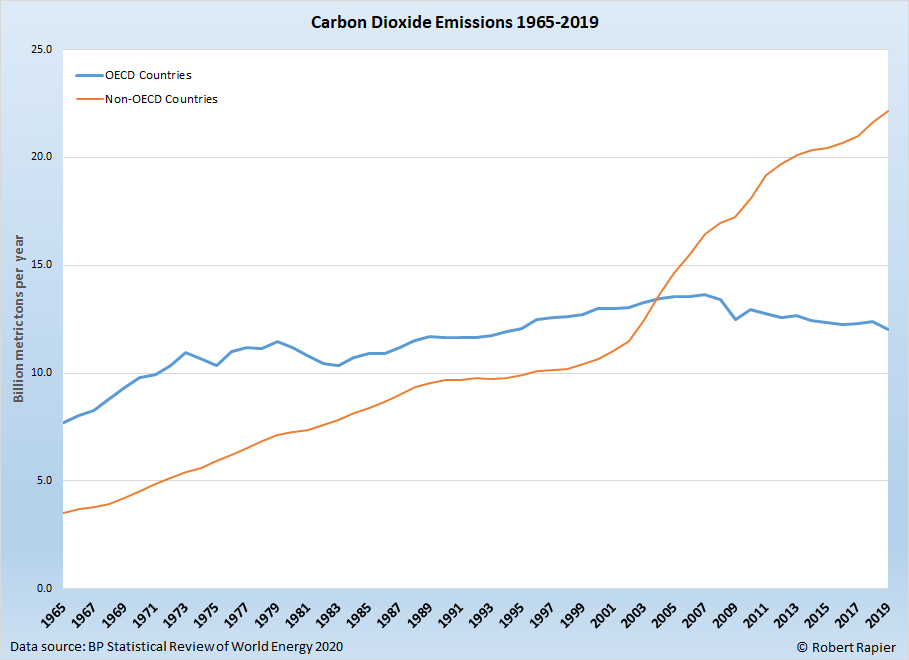 Non-OECD countries, on the other hand, have seen an explosion in the growth of carbon dioxide emissions. There are two primary reasons for this disparity. One is that the OECD countries achieved their development on the back of coal, which is now being phased out. But the non-OECD countries are currently developing by using coal, and that is driving up their carbon emissions. 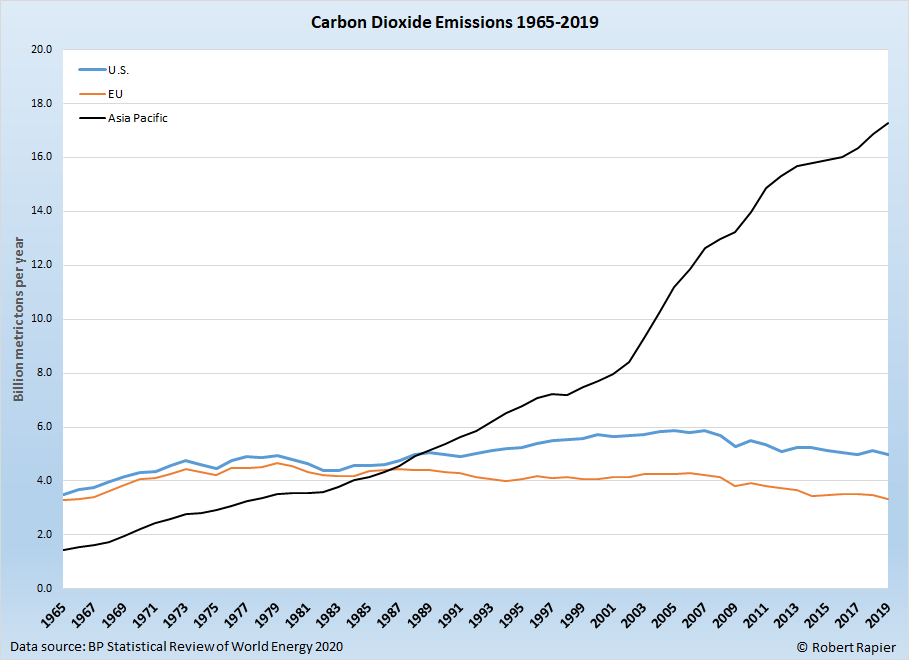 It’s not just Chine and India either. Multiple Asia Pacific countries are both among the largest carbon dioxide emitters and are among the leaders in emissions growth. 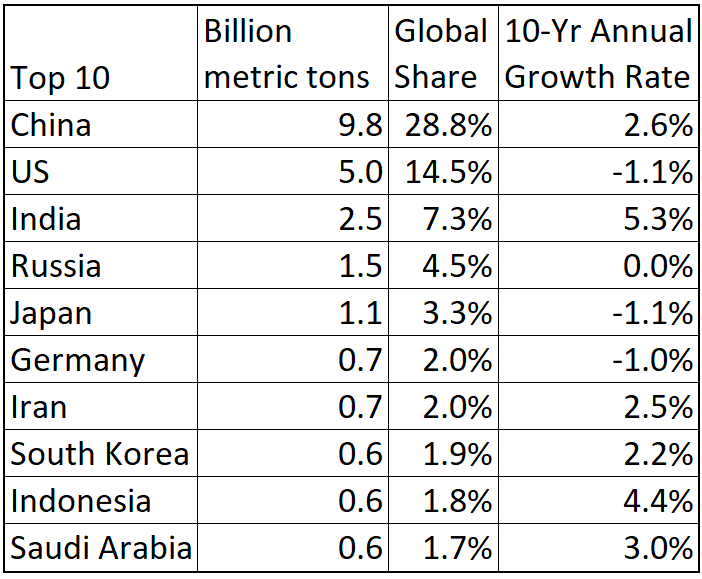 This issue illustrates why it has been so difficult to curb global carbon dioxide emissions. Developed countries can point to countries like China with large overall emissions as a problem, but China can rightfully note that the per capita emissions of its citizens is low relative to the West.

Hence, debates over curtailment of carbon dioxide emissions often reach an impasse over these issues. It is hard for developed countries to lecture China and India about curbing emissions when our own per capita emissions are so high.

If there’s a silver lining in the data, it’s that the 0.5% global emissions growth rate last year was less than half the decade-long annual average of 1.1%. Further, because of the Covid-19 pandemic, emissions are almost certain to decline this year. Longer term, it’s going to require more phasing out of coal, and continued exponential growth in the adoption of renewable energy.