This article is the third in a series on the BP Statistical Review of World Energy 2020. The Review provides a comprehensive picture of supply and demand for major energy sources on a country-level basis. Previous articles covered overall energy consumption and petroleum supply and demand.

Today, I want to cover the production and consumption of natural gas.

Natural gas is the cleanest of the fossil fuels. It is also fastest-growing fossil fuel, with a global 2.6% average annual growth rate over the past decade. 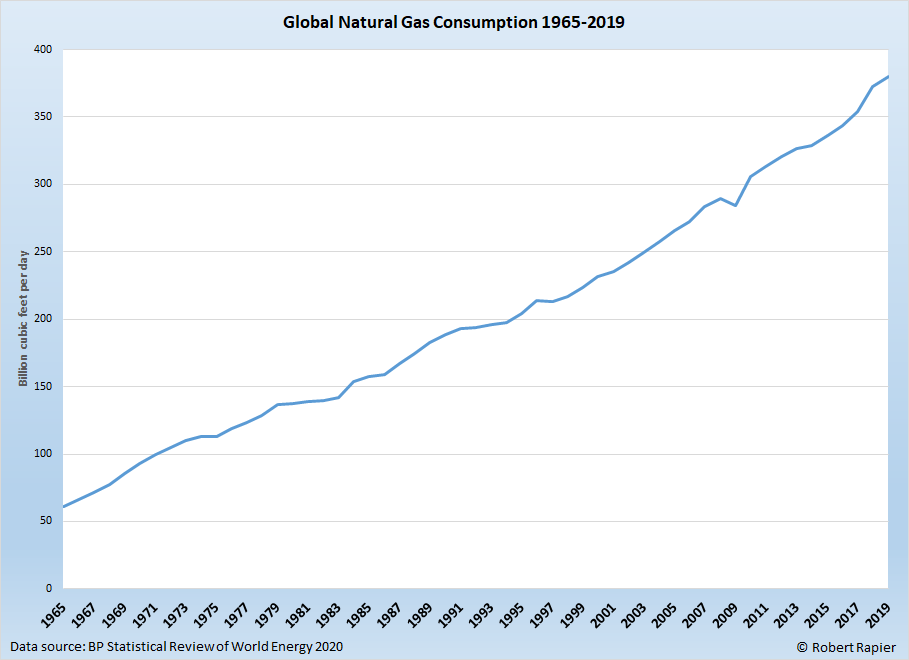 In comparison, oil grew at a rate of 1.3% over the past decade, and coal grew globally at 0.8%. Looking ahead, natural gas is projected to be the only fossil fuel that will see substantial demand growth over the next two decades.

Over the past decade, the U.S. shale gas boom propelled the U.S. into the global lead among natural producers. In 2019, the U.S. held a commanding 23.1% share of global natural gas production, well ahead of Russia (17.0%) and even the entire Middle East (17.4%).

The Top 10 producers of natural gas accounted for 70% of the world’s natural gas supply in 2019. U.S. production grew 10.2% last year to 89.1 billion cubic feet (BCF) per day, which was 88% higher than in 2005. In fact, last year’s production was more than the combined production of any other two countries in any year ever. 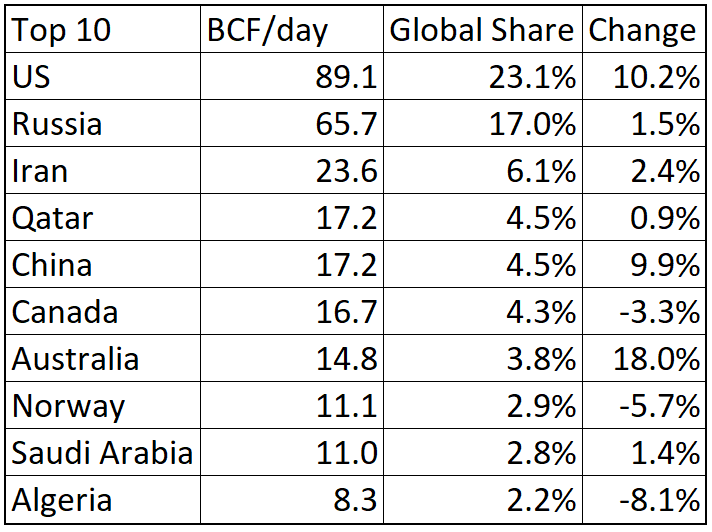 Given that natural gas isn’t as easily transported as oil, it shouldn’t be a huge surprise that there is a lot of overlap between natural gas producers and consumers. The Top 6 consumers of natural gas are all listed among the Top 10 producers as well. 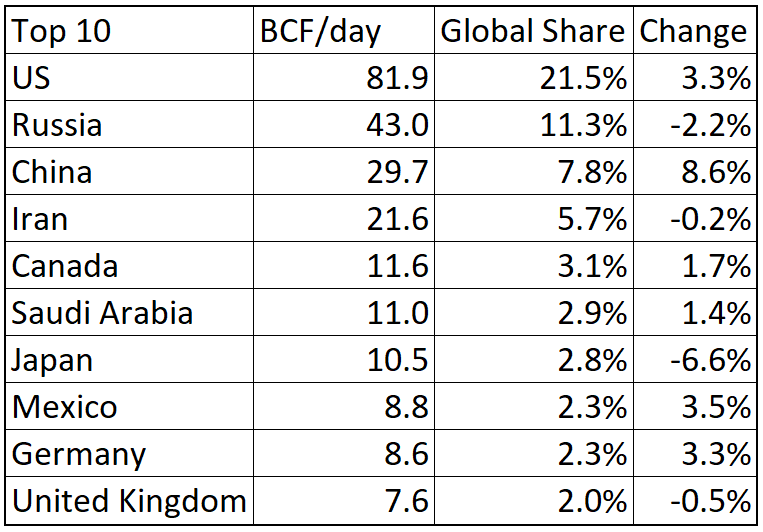 But the U.S. is the world’s fastest-growing LNG exporter, with a 40% average annual growth rate over the past decade (and a 66% increase from 2018 to 2019). For perspective, last year the U.S. was the 3rd largest LNG exporter, but just five years earlier the U.S. ranked 18th globally in LNG exports.

In the next installment, we will examine the world’s coal markets.