Off topic, but on June 30th my family and I flew from Dallas back to the U.K. We had a connecting flight at Gatwick in London, and then we were to fly on to Aberdeen. I talked to my in-laws just as I was about to get on the plane in Dallas, and they acted like they wanted to say something. What I didn’t know is that just before we got on the plane, terrorists had apparently tried to blow up the Glasgow International Airport in Scotland. My in-laws had seen that scroll across the screen on CNN just as we were about to climb on a plane for Scotland.

On the way over, we didn’t know anything had happened. We kept catching bits from the flight attendants. One of them told me that Gatwick was going to be very nasty. And boy, was it ever. We landed with an hour and a half to go until our connection. We were told that the queues would take much longer than that. After waiting in line for about 40 minutes, I told one of the people managing the queue that our flight was just about to close. They then rushed us to the front of the line for passport control, but then we still had several layers of security to get through. I am certain that I don’t ever want to fly again when the terror alert is at the highest level.

We knew that we had passed the time that our flight was to leave, but we rushed to the gate anyway. Thankfully, it was delayed just a bit, and we got on just as they closed the doors. The flight attendants were very nervous. They wouldn’t let anyone stand in line for the bathroom. My wife had a shawl, and they asked if she had anything underneath it. But it wasn’t until we landed in Aberdeen that I grabbed a paper and we found out what had happened. And there were police all over the Aberdeen Airport, and news crews were doing interviews. And now my kids are terrified that I have just moved them to a dangerous place, and my extended family is highly concerned as well.

One funny thing happened on the flight from Dallas to London. A flight attendant came over to me, and said that a couple 4 rows back had asked if he could get my autograph. I looked at him quizically, and he said “They thought you were Tom Cruise.” My wife thought this was hilarious, and wondered if they were legally blind. (In fact, I think she got a little bit too much enjoyment out of it, but given the long flight I decided to let her have her fun). The flight attendant got a big kick out of it as well, and he called me Mr. Cruise for the rest of the flight. But I should point out that I am taller and younger, but poorer than Mr. Cruise. I am also not as good an actor, but I bet he isn’t much of a chemical engineer.

For the record, this is me: 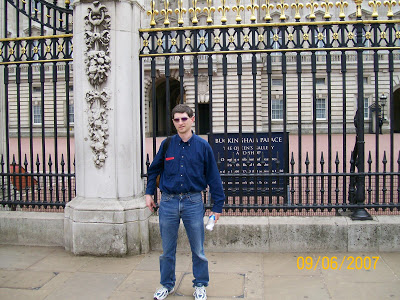 This is not Tom Cruise at Buckingham Palace

And this is Tom Cruise: 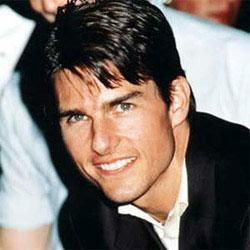 I could see how someone could get us confused. 🙂 Especially if they were legally blind.

5 thoughts on “What a Return Trip to Scotland”