The year 2022 was one of the most volatile we have ever seen in the energy markets. Oil prices have been extremely volatile in the past, but this year natural gas prices, gasoline prices, and diesel prices all swung wildly — and sometimes out of sync with each other.

When the year began, according to the Energy Information Administration (EIA) the price of West Texas Intermediate (WTI) crude oil was $75.99/bbl. WTI closed the year less than 6% higher at $80.47/bbl. But during the year, WTI went on a wild ride. 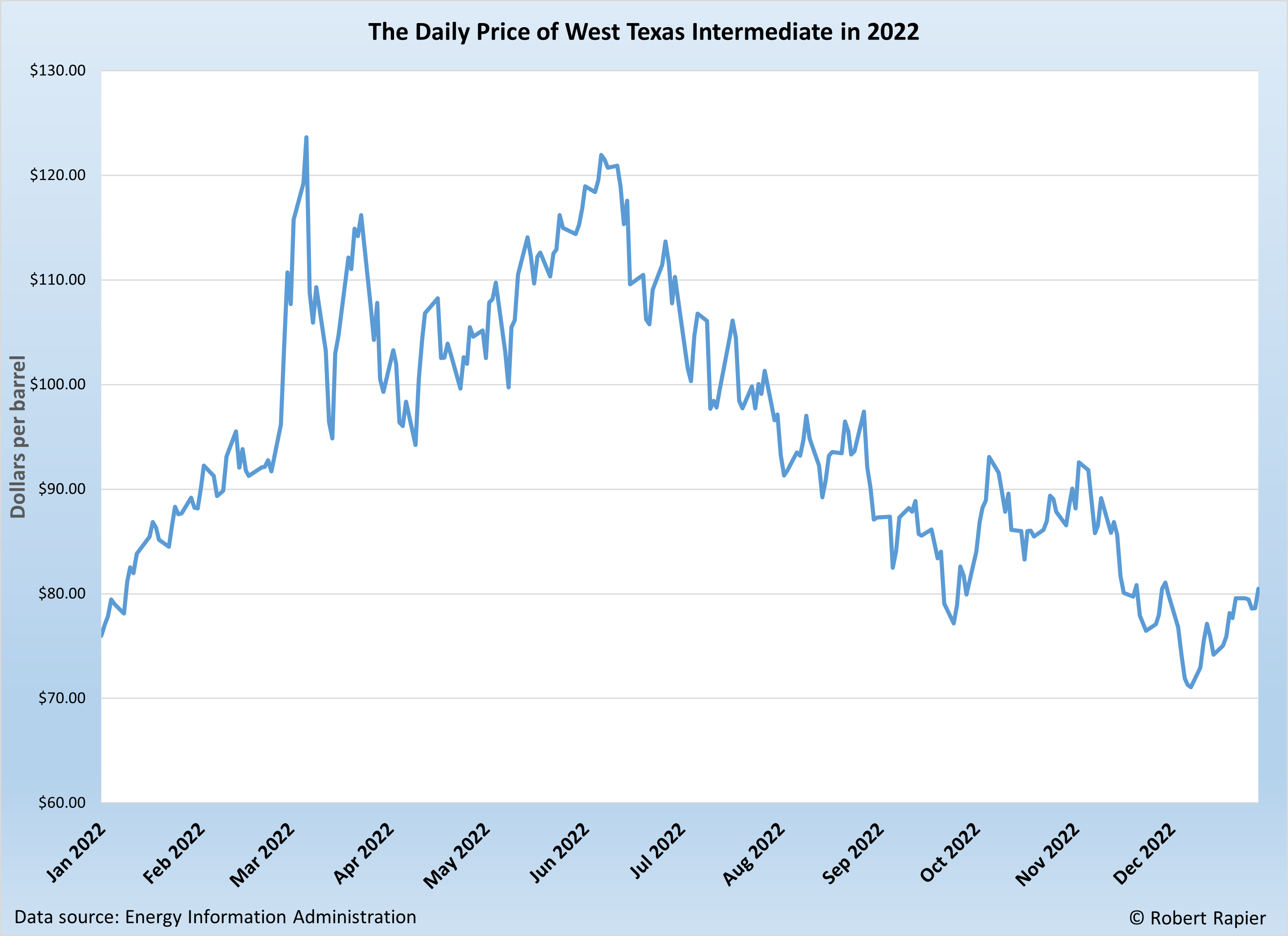 There were two primary culprits here.

Russia’s invasion is the primary reason for prices shooting up above $120/bbl, a price level that has only ever been seen once before, in 2008. Prices would likely have continued to rise due to the ongoing supply shortfall brought on by the Covid-19 pandemic, so that was also a contributing factor. But, by year-end, growing U.S. production and a massive release of oil from the Strategic Petroleum Reserve helped bring oil prices back under control.

Although I predicted that U.S. oil production would increase in 2022 — which it did — I didn’t foresee Russia’s invasion of Ukraine. Thus, I didn’t foresee prices rising as high as they did.

The Russian invasion also impacted natural gas supplies. At one time the U.S. had a largely captive natural gas market, insulated from events outside the country. Now, we export a lot of natural gas, and global events impact domestic prices. Russia’s invasion curtailed natural gas imports into Europe, and the U.S. tried to make up for as much of that shortfall as possible by exporting natural gas to Europe. 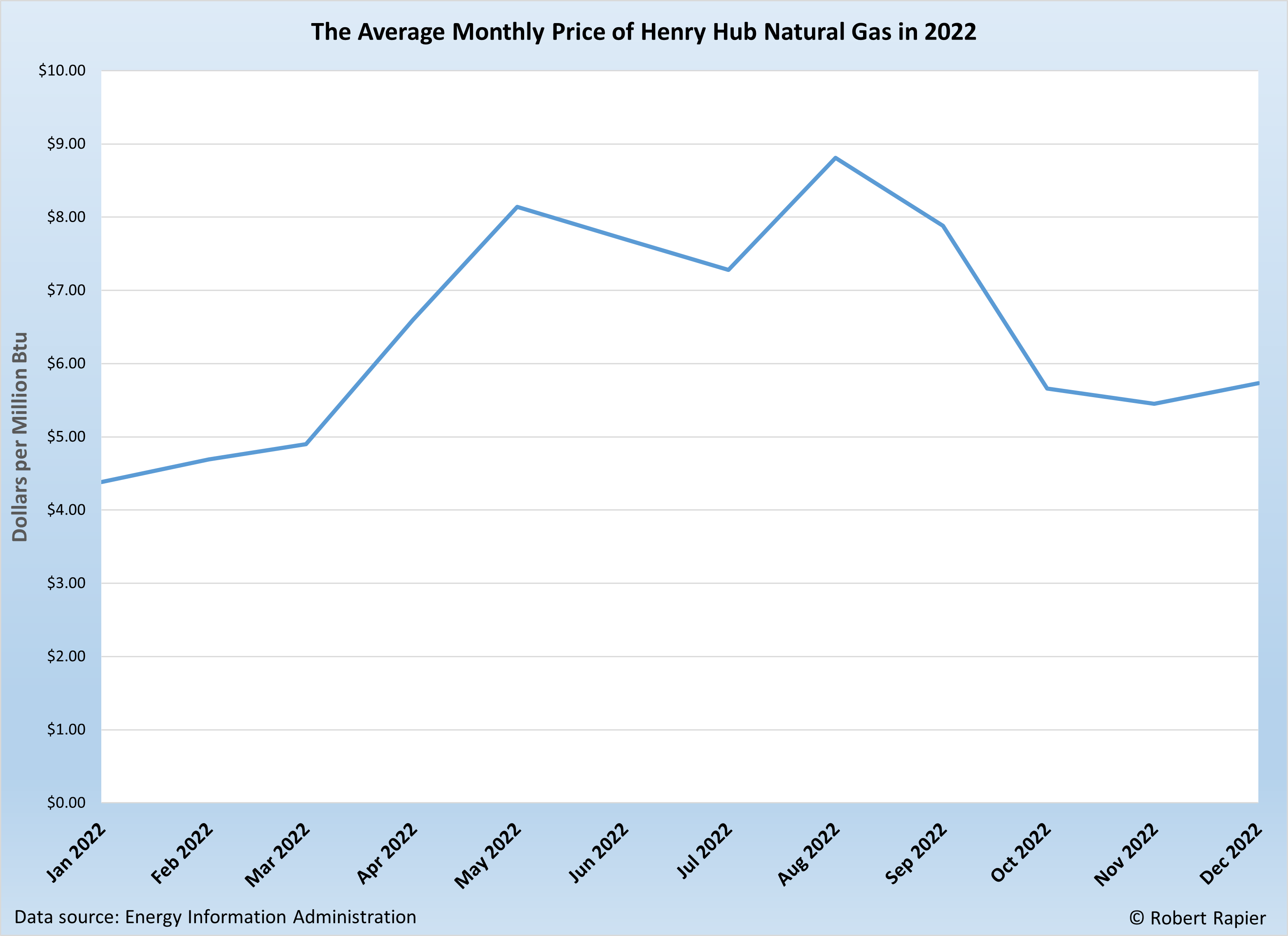 Natural gas prices averaged $4.38 per Million British Thermal Units (MMBtu) in January, and prices usually fall in subsequent months as winter ends. However, in 2022 prices soared to above $8.00/MMBtu in May, and then to nearly $9.00/MMBtu by August. For prices to surge so high in late spring and summer is highly unusual, and again something we haven’t seen since 2008.

Finally, we come to the diesel and gasoline picture. Typically, both trade in phase with each other, and with oil prices. That pattern broke down somewhat in 2022. 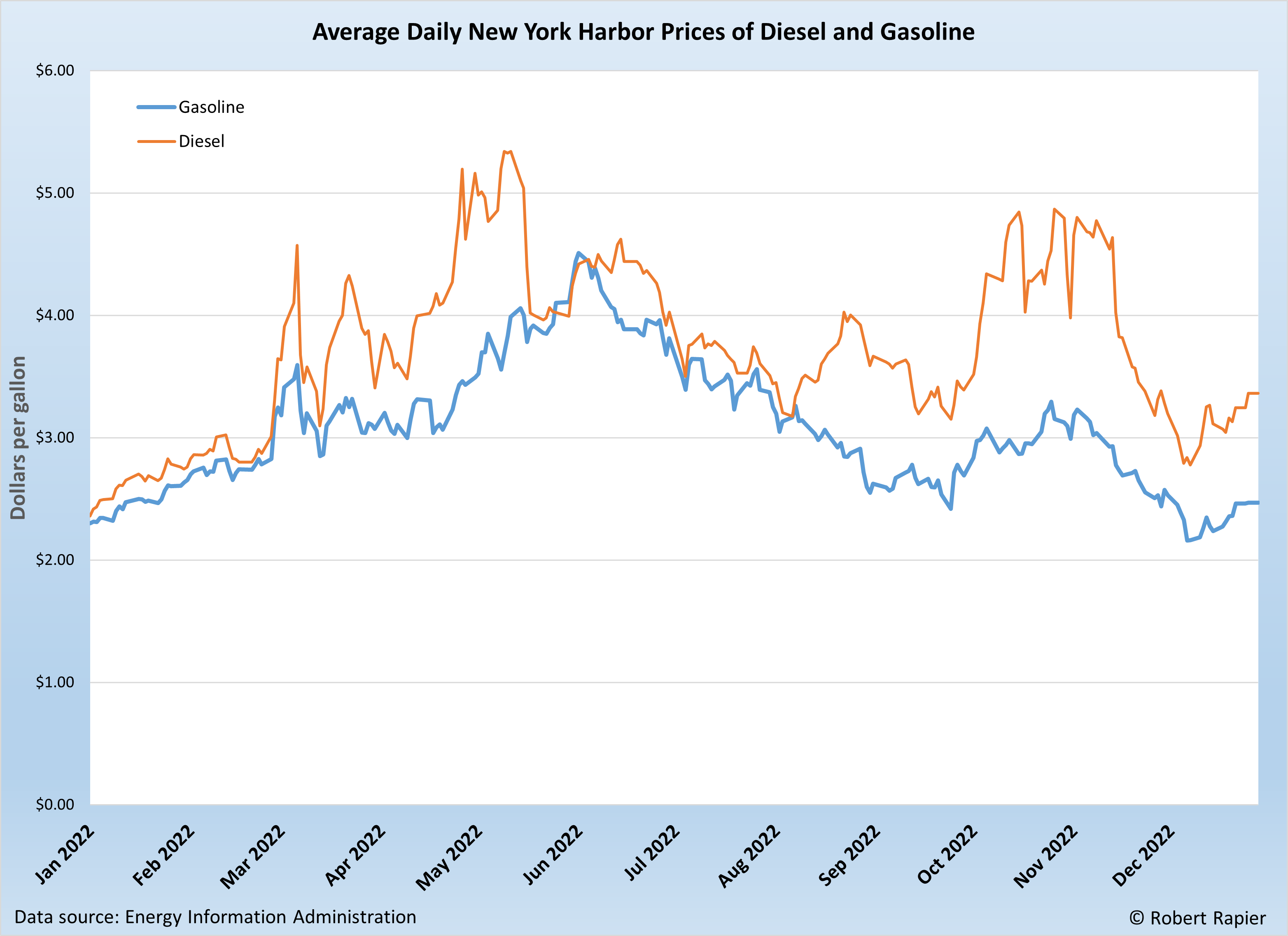 Note that the year began with diesel and gasoline prices largely in phase with their price patterns of recent years. Diesel was only $0.06/gallon higher than gasoline when the year began. In April, diesel was trading at a premium of nearly $2.00 a gallon above gasoline. The diesel/gasoline differential returned to normal patterns in the summer, before once again blowing out in the fall.

I explained the reasons behind diesel’s abnormal price behavior in Why The U.S. Has A Diesel Shortage. One of the biggest reasons for the spring and fall surge was that this is when demand from farmers is high. Also, Russia’s invasion impacted the diesel market in the U.S. more so than the gasoline market.

Finally, I would add that these are spot prices, not retail prices. To get a retail price you have to add in taxes and the profit margin for the retailer. For example, as the year closes the spot price of diesel is about $3.40 a gallon, but the average retail price is about $4.50 a gallon.

In closing, I would like to wish all readers a happy and prosperous New Year!