Last Friday President Biden singled out ExxonMobil for reaping big profits as a result of high oil and gas prices. The President complained “Why don’t you tell them what Exxon’s profits were this year? This quarter? Exxon made more money than God this year. Exxon, start investing. Start paying your taxes.”

Other prominent Democrats have also smeared oil companies in an attempt to deflect anger over high gas prices. Earlier this year Bernie Sanders blamed inflation on high oil company profits, which reflected a complete failure to understand cause and effect.

The oil companies are always a convenient scapegoat, particularly for Democrats. But let’s look at ExxonMobil’s profits in context. Further, let’s compare the company’s net profits to those of Apple over the past 10 quarters. 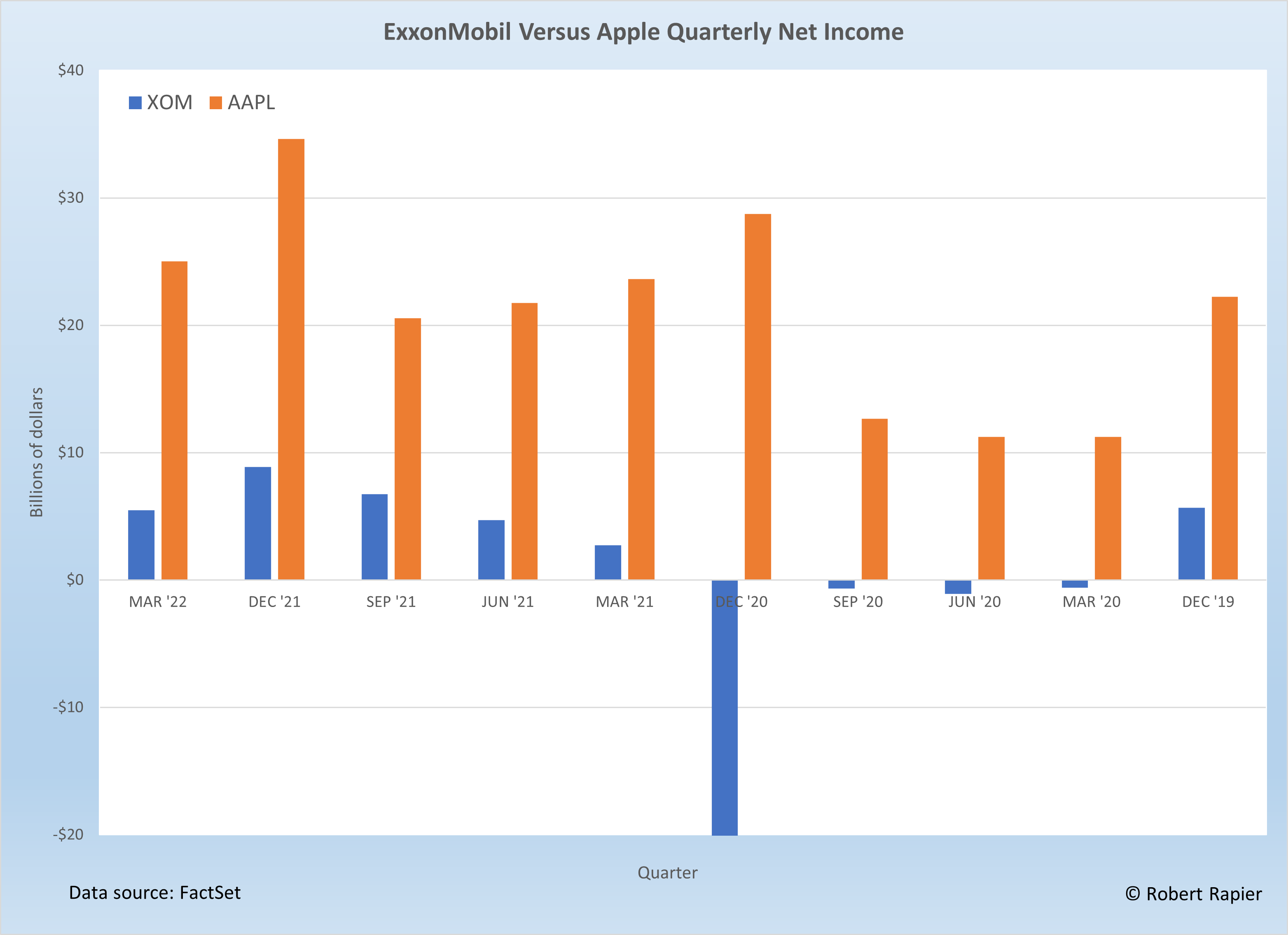 (The point here by comparing to Apple is simply to show that the outrage isn’t actually over some insane profit level. It’s about perception that ExxonMobil is taking unfair advantage).

Over the past 12 months, ExxonMobil has reported $25.8 billion in net income versus Apple’s $101.9 billion. But if we look back further, the discrepancy is much worse.

ExxonMobil reported losses in four of the past ten quarters, including a whopping $20.1 billion loss in December 2020. That’s what can happen when you don’t control the price of the product you sell.

Perhaps someone can help me understand this concept of price gouging.

ExxonMobil is selling a product whose price is set in the global commodity markets. They earn a fraction of Apple’s profits.

Yet it’s ExxonMobil that is accusing of gouging.

If you want to know how we end up with bad energy policies, it’s because too many politicians believe things that aren’t true.