The is the sixth article in a series on BP’s recently-released Statistical Review of World Energy 2021. Previous articles were: 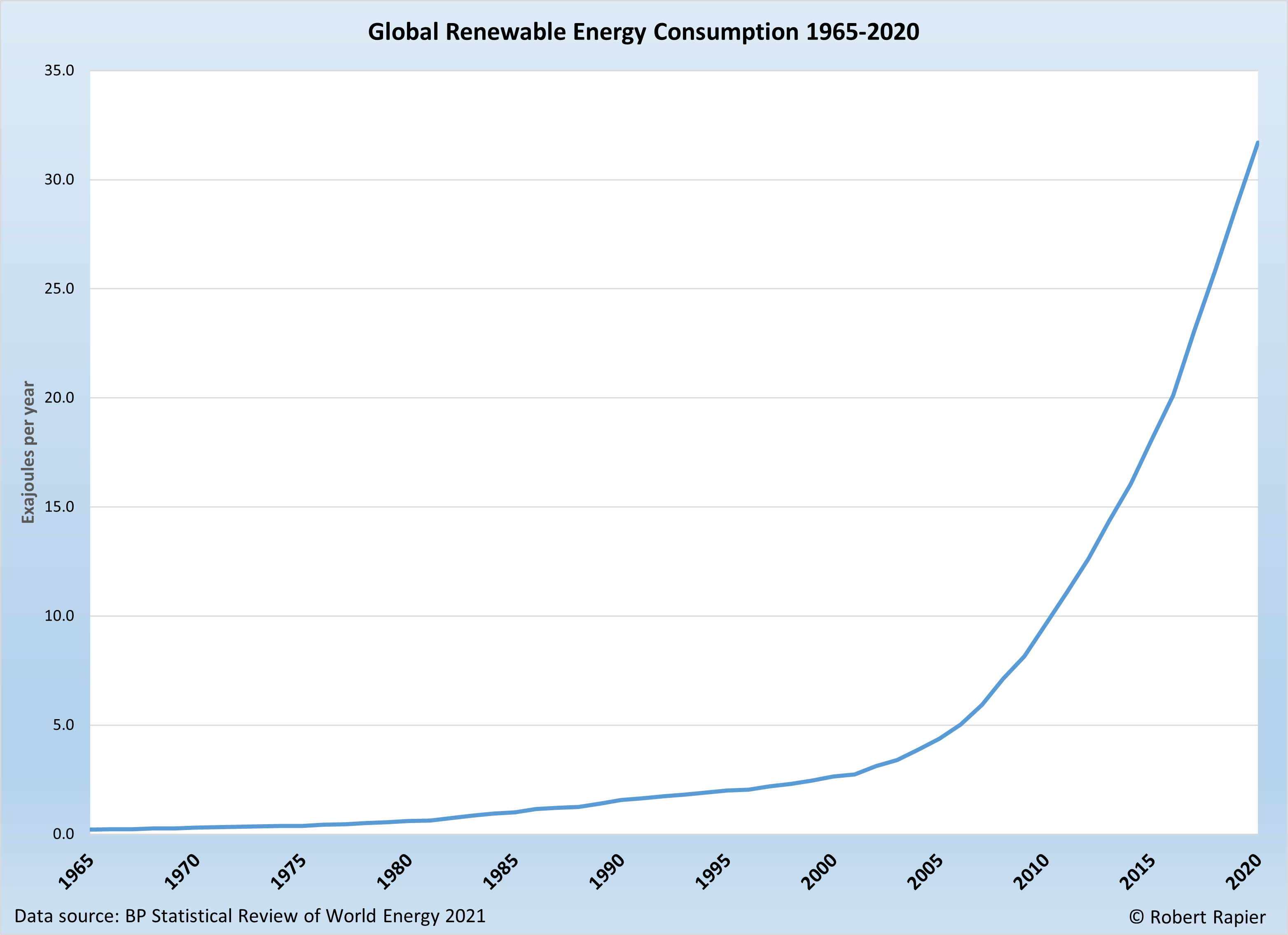 The Review reports “Hydroelectricity” as a separate category. That’s because hydroelectricity represents a mature category of energy production that is growing globally at a much slower rate than modern renewables like solar power. Global hydropower consumption in 2020 was 38.2 exajoules, which is still more than the category that contains wind and solar. However, the 10-year average annual growth rate for hydropower is only 2.1%, versus 13.4% for the other renewables.

Globally, hydroelectricity represented 6.9% of the world’s primary energy consumption in 2020, versus 5.7% for modern renewables.

Within the Renewable Power category, wind (50.6%) and solar (27.2%) accounted for most of the consumption. Although wind consumption maintains a healthy lead over solar consumption, solar power consumption continues to grow at nearly double the rate of wind power, and is likely to overtake it as the leading source of renewable power this decade. 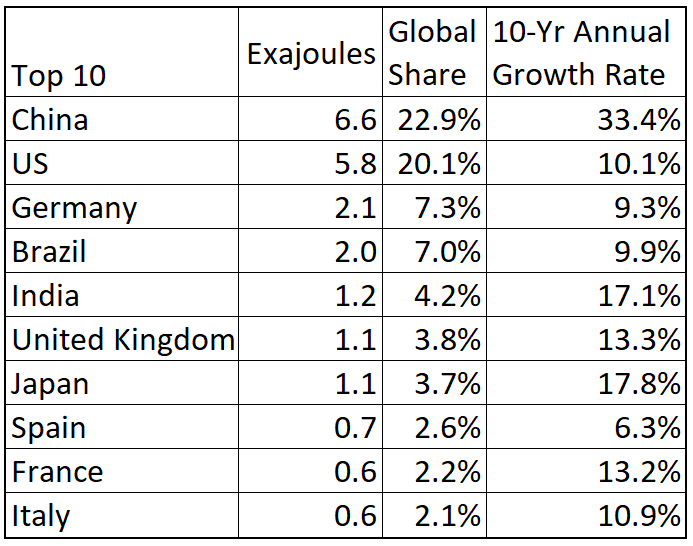