The is Part II of my look at Changing World Technologies’ thermal depolymerization process. This essay came from a reader, and was originally posted on April 12, 2007.

But I also want to add some comments that regular reader “Optimist” added following the previous essay. First, those comments:

Contrary to what the breathless writers at Discover magazine believe, this technology is good only for recycling lipids (fats and oils) and the fat-soluble amino acids in protein. To understand why you need to follow the process flow diagram, which consists of three key steps:

Anything soluble in water goes into the effluent in step 2. That includes (but is not limited to) all carbohydrate and the bulk of the protein hydrolysis product (amino acids).

To their credit, Discover magazine did raise another issue: product quality: Fuel quality was another challenge. Changing World Technologies‘ thick, tarry fuel resembles boiler-grade fuel oil. One prospective buyer insisted on what the company called “unacceptable pricing terms” for its relatively unproven product. In the end, CWT sold only 93,000 of the 391,000 gallons of fuel it produced and earned just 99 cents for each one. At the time, wholesale fuel oil distributors were raking in $2.50 to $3.30 per gallon. Even with the $1-per-gallon U.S. biofuels tax credit for every gallon sold, Changing World Technologies paid more for Butterball’s turkey offal than it earned back in revenue. (Accounting for all its operating costs, the company lost $5,003,000 in the first quarter of 2008, though operating at a loss is not uncommon or necessarily a very bad sign for a technology startup.) Emphasis added.

In light of this, I am not sure why they think it’s a good idea to do an IPO now.

Now for the essay from a reader who provided some very specific details on what went wrong. He included a presentation in which he referred to several slides, and I will pull those out and post them so the references are clear. I will also insert some comments in the text [like this]. 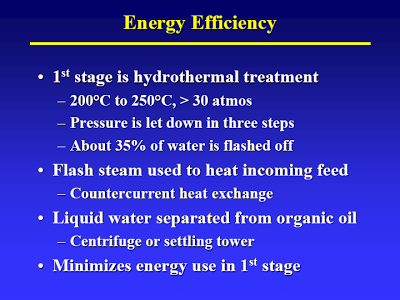 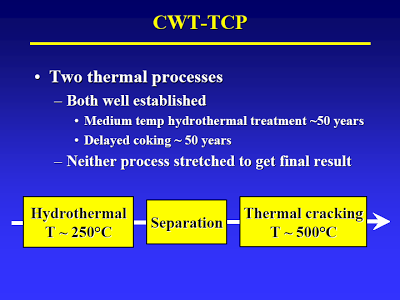 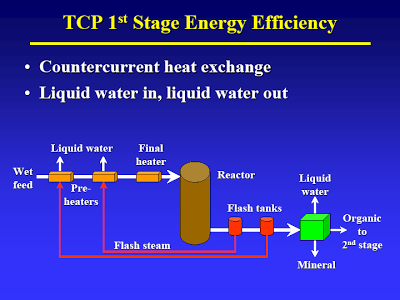 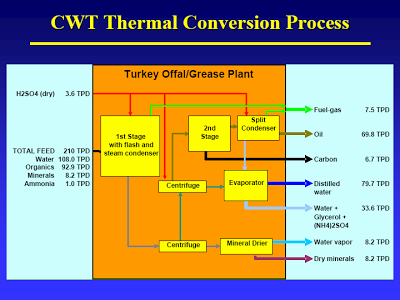 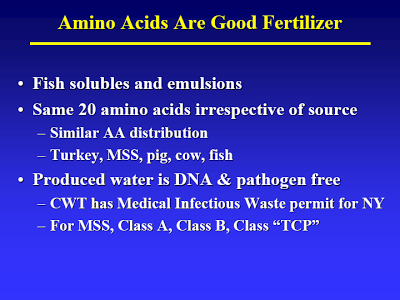 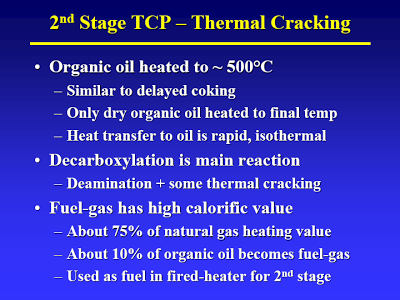 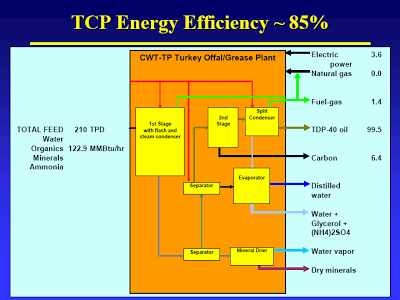 8 thoughts on “Repost of TDP: What Went Wrong”