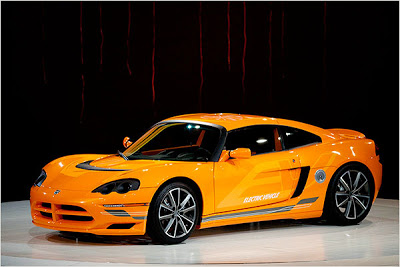 Regular readers know that I am hopeful that electric cars can start to become one of our transportation options in the next few years. There are several reasons for this. First and foremost, it is because there are so many different options for making electricity. We currently make it primarily from coal and nuclear power, but over time renewable electricity production is expected to grow sharply. The car performs the same way whether the electricity comes from coal, natural gas, wind, geothermal, or solar power.

The second major factor behind my desire to see us move toward electric transportation is that the efficiencies of electric motors are much higher than for gasoline engines. In an essay that I wrote last year, I linked to an analysis that showed that the overall efficiency of an electric vehicle is about double that of the internal combustion engine.

The final reason I favor a move toward electric vehicles is that it simply diversifies our transportation options. I want to see us develop expertise in that area, but also in the areas of improving diesel hybrids, CNG vehicles, etc. In an age of limited fossil fuel supplies, diversification provides more protection against supply disruptions.

Over the weekend, the New York Times published a story on the electric vehicles in the pipeline:

Detroit Goes for Electric Cars, but Will Drivers?

Some excerpts summarizing what we should expect:

DEARBORN, Mich. — Inside the Ford Motor Company, it was called Project M — to build a prototype of a totally electric, battery-powered car in just six months. When it was started last summer, the effort was considered a tall order by the small team of executives and engineers assigned to it. After all, the auto industry can take years to develop vehicles.

But Ford was feeling pressure from competitors, and decided it could not afford to fall behind in the rapidly expanding race to put electric cars in dealer showrooms. Ford plans to make only 10,000 of the electric vehicles a year at first — very few by Detroit standards — to test the market cautiously.

The competition over electrics is picking up speed and players. Toyota, which has so far focused its efforts on hybrid models, will display a battery-powered concept car at the Detroit show. Nissan’s chief executive, Carlos Ghosn, has promised to sell an electric car in the United States and Japan as early as next year.

Two Japanese automakers, Mitsubishi and Fuji Heavy Industries, the parent company of Subaru, are also testing electric cars. And Chrysler, the most troubled of Detroit’s three auto companies, has vowed to produce its first electric car by 2010.

Of course one of the major limitation is the energy density of the batteries, which by fossil fuel standards is quite low. However, the push by the auto industry has boosted investments into storage technologies:

The surge toward electric vehicles also appears to be jump-starting investments in advanced-battery production in the United States. General Motors will announce plans at the auto show to build a factory in the United States to assemble advanced batteries for its Chevrolet Volt model, which it expects to start selling next year.

Ultimately, though, whether consumers will embrace these vehicles will come down to cost and convenience. At the $40,000 price tag that was mentioned in the story for the Chevy Volt, consumers aren’t going to embrace them. There is also the matter of convenience. Ford indicates that it will take six hours to put a charge on that will give the vehicle a range of 100 miles. While that’s a pretty good range, what if I forget to plug my car in? Running out of gas is preferable to that. But as the article goes on to point out, the average American drives less than 35 miles a day, so even if I forgot to plug in overnight, I still have a 2nd (and maybe 3rd) chance to get the vehicle charged overnight.

We will always need liquid fuels, though, as long-haul trucking and airline transportation are well-suited for the high energy density of liquid fuels. Here’s hoping, though, that the electric vehicle can finally make some inroads.

46 thoughts on “Detroit Gearing Up for Electric Cars”