Following my recent post on the energy situation in India, I received an e-mail from Sreenivas Ghatty, the founder and CEO of Tree Oils India. Sreenivas told me that I was correct that the jatropha situation in India has been overstated, and wanted to provide some facts on where jatropha stands. Sreenivas is involved in trying to establish a jatropha industry, and he wrote in part:

There are no large scale commercial plantations in India as of now. The plantation activity has commenced here and there during the last few years, but, it may take few more years before the commercial yields start. We have been focusing on research to improve yields and expect meaningful outcomes this year. Based on the results, we intend to expand plantation on our own and through contract farming in the next few years.

Jatropha is not panacea to feedstock problems. It has limitations and would fail under certain agro climatic conditions. There are other species such as Pongamia, Moringa, Madhuca and Neem which could perform well where Jatropha could fail. If right species and right plantation material are selected and the right agronomic practices are adopted, the results might be profitable, viable and sustainable to all the stakeholders.

He also provided some pictures from a jatropha plantation which were very interesting: 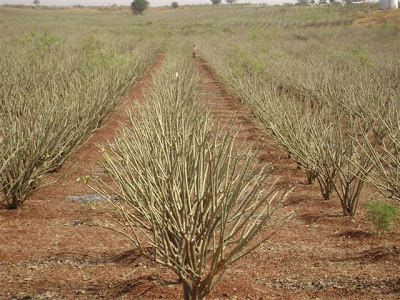 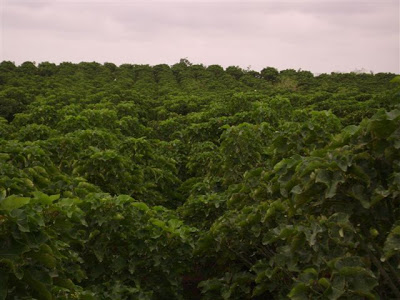 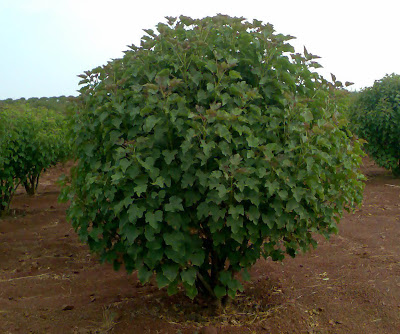 Sreenivas also pointed me to an interview he had given on his biofuel activities:

The World is Green

His cites peak oil as a reason for becoming interested in this area:

With peak oil approaching faster, alternative energy sources need to be developed. Biofuels are the cheapest and the most sustainable alternative and they can be produced and consumed locally by many people in small quantities. Alongside, there are also benefits to economy and environment.

And he doesn’t make outrageous claims regarding the costs:

What could be the price of fuel using these feed stocks?

Under the circumstances, it cannot be less than $2 per litre.

The bottom line is that jatropha and other non-edible oil plantations are being established, but 1). It’s going to take time; 2). The fuel that is produced may all be consumed locally.

9 thoughts on “A Footnote on Jatropha”