Update: March 19 – Updated my travel blog. I will probably have to split that up into two essays when I have time, and I will add some pictures. 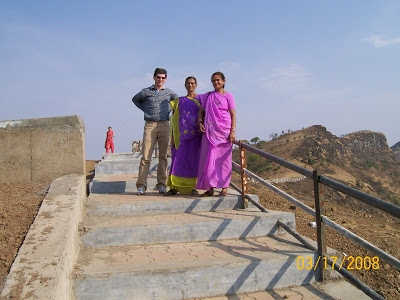 Today I spent my entire morning in a sugarcane ethanol plant. I really went over those bagasse boilers. In fact, I am still covered with bagasse as the entire factory had bagasse dust in the air. I have also been in search of jatropha. I am finding that it is like Bigfoot: Everyone has heard about it, nobody has seen it. More later.

Update 3-16: Just a quick update as I briefly have Internet access. I am experiencing sensory overload. The sights and sounds here are amazing. I saw seven people riding a motorcycle today. Seven people at the same time! I have seen some of the worst poverty I could have imagined, and yet people are still incredibly friendly and helpful. I am learning to speak a little Indian. For instance, the word “bland” means “less spicy.” There apparently is no Indian word for what the West would call bland food. I suspect something that they consider spicy might be fatal if I tried it.

I was attacked by one of those famous sacred Hindu cows today, after she figured out I wasn’t packing food. She tore my Blackberry lose with her horn, and then hit me in the arm. I started to take her down like a steer-wrestler, but didn’t want to cause trouble. But my colleague did snap a couple of pictures that I will have to post.

And since I left my hotel in Bombay, I must have seen a million faces. Not a single one of them from the West. People look at me like they have seen Bigfoot. I am told that in the rural areas we have been in, they may have never seen a Westerner before.

I am off to India early in the morning until next Thursday. My Internet access is likely to be spotty until then. However, provided I avoid malaria – and I am told that I probably will since this isn’t the rainy season – I will update on my travel blog as time allows.