For those who are expecting a Brazilian debunking, I am going to have to disappoint you. My previous debunking was not addressed at the issue of whether Brazilian ethanol is sustainable, but rather whether their example can be exported to the U.S. Whenever the topic of Brazilian sugarcane ethanol has come up, my response is generally that from what I have read, it appears to be a pretty good deal. Furthermore, I have never seen evidence to dispute the high EROEI claims of sugarcane ethanol. However, I will usually note that there are few comprehensive reports that have examined the process in detail, and I would feel more comfortable about the positive assessments if someone did such a study.

My wish has been granted. IEA Bioenergy has recently publicized a report entitled “Sustainability of Brazilian bio-ethanol”. The report was commissioned by The Netherlands Agency for Sustainable Development and Innovation, and is in my opinion the most important endorsement of Brazilian ethanol to date. The work was conducted by the Copernicus Institute at Utrecht University in the Netherlands and at the University of Campinas in Brazil. The 136-page report is publicly available here (1.2 meg PDF).

The purpose of the study is explained in the introduction to the report:

The Dutch society recognizes the need for sustainable production and use of biomass. This has been expressed by environmental groups and the Parliament. The Dutch government decided to seek solutions by developing sustainability criteria and certification of biomass by a commission sustainable production of biomass. Between January 2006 and July 2006 these criteria have been developed. Parallel to these developments, in February 2006 this project was commissioned by SenterNovem on behalf of the Dutch Ministry for Housing, Spatial Planning and the Environment. As Brazil is one of the most likely countries to export bio-ethanol from sugar cane to the Netherlands, the sustainability of Brazilian bio-ethanol is the main topic of this report.

While the current study contains many different types of uncertainties, no prohibitive reasons where identified why ethanol from São Paulo principally could not meet the Dutch sustainability standards set for 2007. In many impact categories, Brazilian ethanol from sugar cane scores average to (very) positive, see also Table I for a summary. For a number of other criteria, problems are identified, but it also appears that these may differ strongly between the individual plants. Furthermore, for most of these issues, measures can be identified to improve performance (when needed).

For the future and the whole of Brazil, too many uncertainties remain to determine whether also additional criteria from 2011 onwards can be met. First of all, it is as yet unclear how additional land use for sugar cane may cause indirect / induced land-use, and how large the actual impacts will be on land use, biodiversity etc. Second, it is also uncertain whether and how the Dutch sustainability criteria will deal with these indirect impacts, as these criteria are not yet clearly defined.

It is important to recognize that sustainability criteria lead to higher production costs – depending on the strictness of the sustainability criteria, we estimate additional ethanol costs of up to 56%, though in case mechanical green harvesting is applied, additional ethanol costs are estimated at 24%.While the latter may not necessarily be prohibitive given current oil prices, it is clear that some financial support is most likely needed to stimulate sustainable ethanol production.

The report examined a number of sustainability criteria. However, in this essay I will mention only two: EROEI and soil erosion.

One area that did not fare as well as sugarcane ethanol advocates have often advertised is on the issue of soil erosion. I have been told a number of times that there is no erosion from sugarcane production, or that production is managed such that the topsoil actually increases over time.

While the report noted that the erosion is lower than for crops such as corn, it did note:

Soil erosion in sugar cane is generally limited compared to conventional agricultural crops such as corn and soybeans, although the exact difference is dependant on local conditions. However, soil losses for sugar cane may vary dramatically from 0.1 t/ha/y to 109 t/ha/y, depending on many factors, such as the declivity, the annual rain fall, the management and harvesting system, etc.

The report did state that data on erosion from sugarcane production was limited, and that there were some studies that suggested little to no erosion. The report also indicated that the erosion issue should be studied more closely, and that a soil erosion management plan is required. They state that new compliance criteria are to be developed for 2011. In concluding the section on soil erosion, they state:

My guess is that the last sentence in that section was supposed to read “We conclude that soil erosion can be regarded in general as having a medium impact factor on the sustainability criteria.”

Based on the findings in the report, it suggests that many tropical countries have the potential for sustainable fuel production. This should be particularly true of any country that can grow excess sugarcane according to Brazil’s methods. The major caveat is that the soil erosion issue must be appropriately managed. Not only would this help certain countries achieve some level of energy security, but excess fuel produced for export would open up new opportunities for farmers, factory workers, etc. and generate income for the country.

Implications for the U.S.

The reason the Netherlands commissioned this study is that they want to transition to fuels that are produced in a sustainable manner. If Brazil or other tropical countries can produce enough fuel for export, it will benefit the U.S. just like it will benefit the Netherlands. However, the U.S. does have an import tariff in place that penalizes Brazilian ethanol in order to protect (unsustainable) homegrown corn ethanol.

One way the Brazilian example does not benefit the U.S. is in providing a template for success. As I have argued previously, Brazil’s particular situation is not applicable in the U.S. As I wrote in an article for World Energy Source, the U.S. uses 7 times the energy per capita that Brazil does. Our supply/demand imbalance gap is 16.9 barrels per person per year. Theirs was 0.2 barrels per person last year, prior to the opening of a new Petrobras platform earlier in the year (immediately after which they declared energy independence). Furthermore, we rely on a crop (corn) in the U.S. that is much less energy efficient, and has ten times the soil erosion of sugarcane production. Finally, we are not in a tropical climate, and therefore have a much shorter growing season than does Brazil.

Sugar cane ethanol from Brazil is NOT a realistic target or a comparable model for USA ethanol from corn. It is very easy to replace all gasoline when you would only need 8 billion gallons per year and you have a generous plant that thrives rain-fed under tropical conditions, occupying less than 1% of a country’s arable land, to produce alcohol to replace 50% of all that gasoline. However, this cannot be extrapolated for USA’s conditions, neither for corn, not even for sugar cane in Southern states. So, realistically, let’s understand that sugar cane ethanol in Brazil is mangoes and corn ethanol in USA is apples.

The Brazilian example does suggest some avenues ripe for exploration in the U.S. There are certain crops that are far less erosive than others. According to Table K.1 in the report, soil erosion for sugarcane and corn was 1.24 and 12.0 (t/ha/y) respectively. Note that erosion from corn is 10 times the erosion from sugarcane. Another listed crop, potatoes, had about half the erosion level of corn. However, the level of erosion for potatoes is still not sustainable, so we need to look to other crops if we are to maintain the integrity of our topsoil.

Imagine a couple of scenarios. First, imagine a variety of sugarcane that is bred/engineered to withstand more temperate climates. Imagine the Midwest covered in sugarcane instead of corn, and we would have taken a big step toward sustainability. Alternatively, imagine a plant that currently thrives in the Midwest, does not contribute to soil erosion, and produces sugar (easily converted to ethanol). I could envision something like Miscanthus, with an engineered gene(s) that allows it to produce sugar. If you have ever seen the ancestor of corn – teosinte – and compared it to modern corn, this idea does not seem out of the question. Again, if we could pull something like that off in the U.S., it could offset some of the decline in conventional oil production without exacting the high environmental price of alternatives like coal-to-liquids. 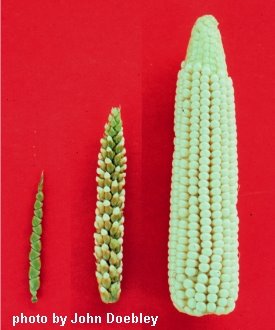 The sustainability of Brazilian ethanol appears for the most part to be as advertised. The indications are that the EROEI is at least 8.3, which would actually make it better than for gasoline. (Incidentally, that brings to mind the question of why Brazil would want to export any ethanol; I would use my ethanol internally and would export my oil instead). The sustainability criteria that were used in this study are an example of what we should be doing for all of our fuel sources, and we should encourage those that meet these standards.